Just as a little break from your regular program, I thought I’d talk about the $600 commercial alternative to our prototype.

The KRC-1000E is the rather catchy name for this unit, and my searching on the internet seems to suggest that it was most commonly purchased with the Brother KH-970.  This makes sense because from what I could find you can’t really program the unit as such.  There is simply a cable that plugs in to the KH-970.

Probably a good thing we didn’t spend any money on one for our KH-950i then.  It almost certainly would have been wasted money.

So, lets have a little look at what design decisions were made by a Japanese engineer in the 80’s vs an Aussie hacker in 2017.

The first obvious thing is that this unit supports 6 colours.  When I was designing our replacement I had a good thing about pushing out to 6 too, but I figured getting 4 working was probably going to be hard enough and I can always add more later.  I guess if your asking price is $600+ then the relatively little cost of adding the extra two kind of pays off.

Something else that stands out, the big plastic buttons at the front.  Looking through the videos of this unit in operation I think it still uses quite a mechanical method of latching the threads in place with a spring which would mean that the large buttons are needed to provide enough leverage to reset them.

Despite my searching, I couldn’t find any nice static pictures of the business end of this unit so I’m going to have to refer to this youtube video by June Clark.  Thanks June.

The main thing that struck me is the switch from injection molded plastic to steel wire to hold the threads.

The only reason I can think of to do this is to allow a bit of play and tweaking in order to get it to pick up correctly.  The wire itself connects to a molded part so I would have expected it to be easier to simply extend the length of the die and do the whole unit as a single piece.
I probably could have done the same thing I suppose, but my ability to make consistently formed metal parts is a bit limited, and I’d still need a gearing assembly so using as much of the same material as possible is the right approach.

Aside from that, the method used to secure the threads appears to be identical, same metal comb, same metal guide rail.

And that pretty much covers the KRC-1000E.  Posts about the design of our replacement will resume as soon as I work out how to turn 2 hours of PCB design in to something worth watching.  It’s pretty dry stuff.

Of course, you can check out Part 1 and Part 2 of this series if you haven’t already. 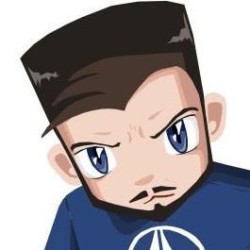