You would think that for someone who’s done three coloured knits before with success, using one knit per pixel is just a stretch goal. Not real critical. However, my recent work in Algorithms of Multi-Coloured Knitting had a lot of motivation behind it. There was a thing I really wanted to make. So much so, it had me twisting my brain in knots trying to figure out a way to make it a reality.

Some weeks ago John and I were watching Stargazing Live on ABC, mere days after I cracked the three colour algorithm. Go check it out on iView if you’re at all interested in the night sky and what average Australians can tell you about what’s up there. A lot of passionate people are taking amazing photos with off the shelf cameras, not to mention what the professionals are up to at Siding Spring Observatory.

“She looks cold”, said John pointing to a visibly shivering Kumi Taguchi interviewing the Space Gandalf.
“Her scarf is ineffectual”, I replied, having been watching the scarf parade on screen as much as delighting in the astronomy.
“You could make her a scarf”
“There’s a particular scarf I want to make, but it can’t be done.”
“What’s stopping you?”
“Well… I’ve improved the resolution issue with the new algorithm but I still don’t think I have enough pixels. I want to knit the Milky Way.”
“You’d better figure it out soon, looks like there’s another scarf festival on this year and the theme is Galaxies.”
“Wow… you’re KIDDING me?!”

For someone who named their hobby “Heart of Pluto” this seemed too good to be true. But sure enough: Galaxies. The stars were aligning (hurr hurr).

So now I could do one knit per pixel in three colours, I needed to figure out how to visualize the space dust and celestial bodies of our galaxy in a way that maintained a balanced composition. It was surprisingly fiddly, even with the magical powers of Photoshop. Photos of the Milky Way show up space dust in such a vast range of shadows and highlights it took a long time to isolate it all and represent in a flat colour. I started again from scratch at least twice. (You can see an example of the multifaceted hues I had to deal with in the photo at the top of this post!)

I had to conduct plenty of pixel pushing and choosing which celestial bodies to include was based on an eyeball judgment on luminosity. Very scientific.

Voila! It’s the largest single item I’ve knitted to date, weighing in at 722g. As a hat tip to the freezing Australian stargazers who inspired the work, it’s made of 100% locally sourced Merino wool grown in the Murray-Darling Basin, NSW.

This took a few days to design, a full day of machine knitting and many hours finishing work by hand. I was utterly thrilled with the end result. The largest celestial body is Jupiter in the center of the scarf with the giant star Antares to one side.

Flying high (hurr hurr) on the completion of my dream scarf, I was in a grateful mood. I followed up with a tribute scarf to all those people who work in the Space Industry.

Both scarves have been delivered to the National Wool Museum for the Geelong Scarf Festival 2017 and will be available for sale when the exhibition opens in June. Although, just between you and me, I hope “Our Milky Way” doesn’t sell 😉

Obsession is a dangerous state of mind, but now my goal is reached I rather miss the chase. What projects have you obsessed over and did you ever achieve the desired result? If not, what’s stopping you? 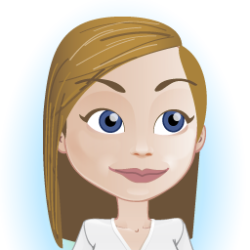 I’m the crafty type. I enjoy lead lighting, knitting, crochet, screen printing… the list goes on! I also work in IT so I write code from time to time.

2 Replies to “Stargazing ABC and the Geelong Scarf Festival 2017”